The Virgin Punishing the Infant

He spoke early. Not the goo goo goo of infancy,
but I am God. Joseph kept away, carving himself
a silent Pinocchio out in the workshed. He said
he was a simple man and hadn’t dreamed of this.

She grew anxious in that second year, would stare
at stars saying Gabriel, Gabriel. Your guess.
The village gossiped in the sun. The child was solitary,
his wide and solemn eyes could fill your head.

After he walked, our normal children crawled. Our wives
were first resentful, then superior. Mary’s child
would bring her sorrow … better far to have a son
who gurgled nonsense at your breast. Googoo. Googoo.

But I am God. We heard him through the window,
heard the smacks which made us peep. What we saw
was commonplace enough. But afterwards, we wondered
why the infant did not cry, why the Mother did. 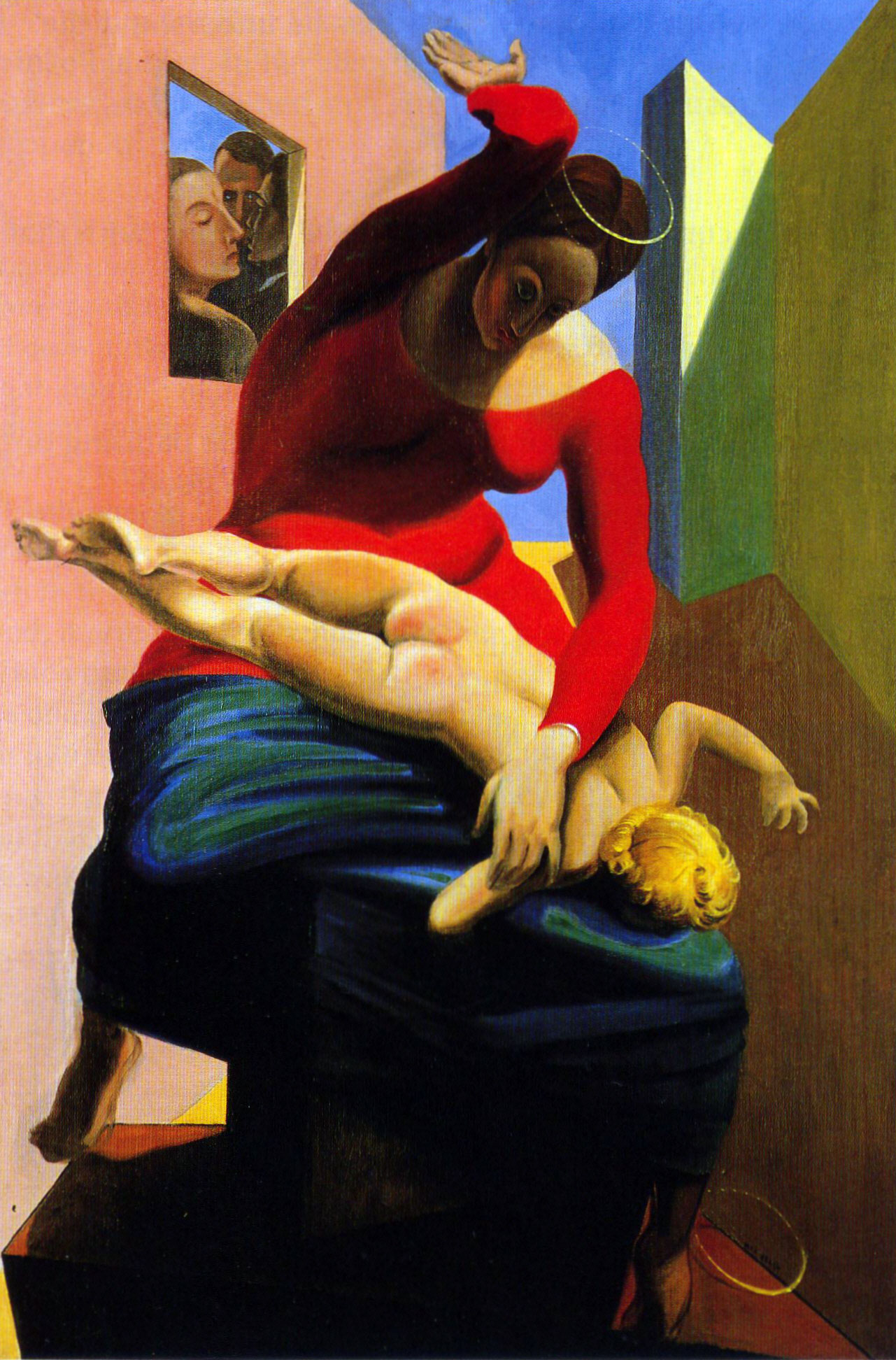