When Mike Ashley finally leaves, and the party starts, it will not take long for Newcastle United’s soul to be re-found, eventually restored. It is there in the Strawberry pub, in the tweets of Alan Shearer, in fans like Bill Corcoran manning the food bank by the Gallowgate, and in the pre-match gatherings over a Guinness upstairs in the Tyneside Irish Centre. It’s everywhere.

Newcastle’s true spirit is there in the statue of the late, great Sir Bobby Robson at the corner where the Gallowgate and Milburn Stand embrace, in the memory of what Sir Bobby stood for: football from the heart that lifted the soul. Newcastle’s essence is there in the greeting from the smiling Malcolm Macdonald in the press room, Supermac always courteous to visitors slightly awestruck at meeting the athletic destroyer of so many opposing defences during five prolific years on Tyneside. 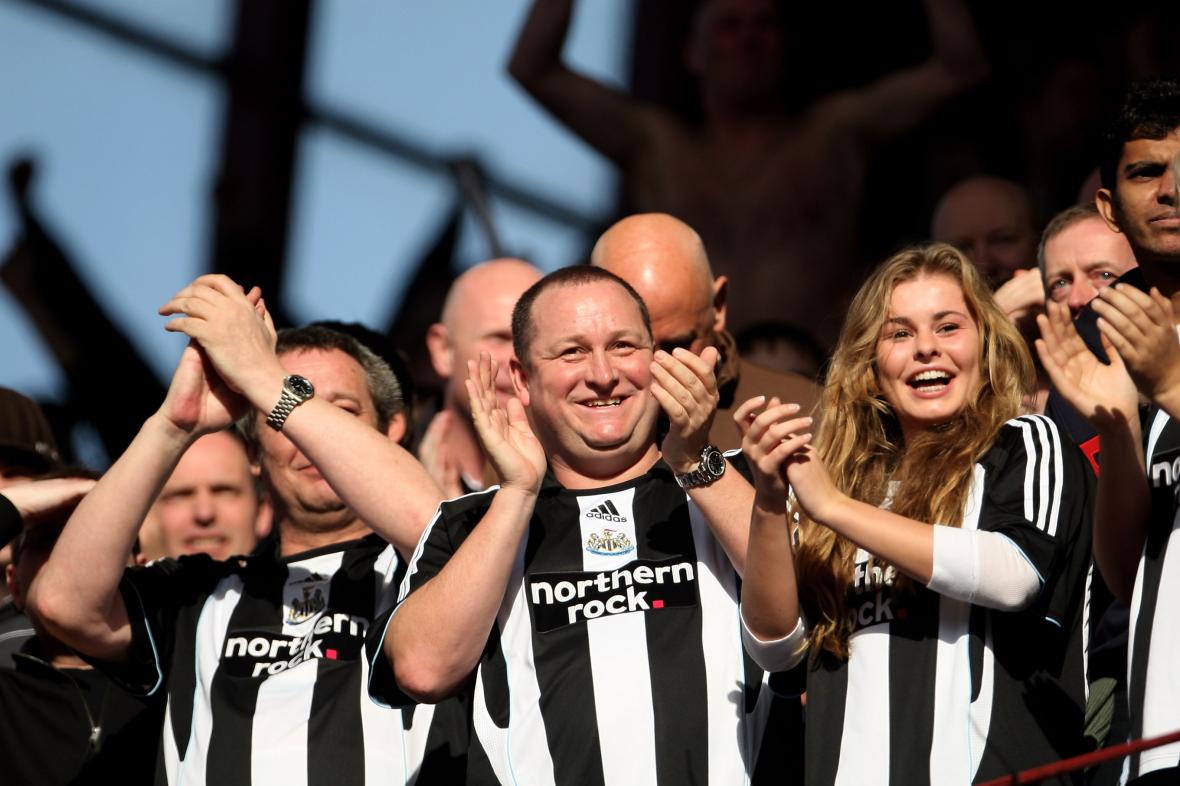 The wonderful Kath Cassidy, legendary dispenser of tea and quiet wisdom, has sadly passed on, but her spirit lives on in the staff, in the stewards who talk passionately about the Toon, drawing on a life time of watching them. Ask staff about Newcastle, and they reply as if discussing family, voicing occasional frustration but overwhelming warmth and pride.

The soul of Newcastle is there in the reality that St James’ remains a cathedral with a loyal congregation, who kept marching up the hill and filling the pews, even when under the heavy-handed occupation of the forces of Ashley. There were frequent protests, anti-Ashley banners and chants, often no-shows, but the club are so central to people’s lives, it would be like cutting off oxygen not to attend a game.

The essence of Newcastle is there in their love for former players, in the memory of a city mourning Pavel Srnicek when their old goalkeeper passed away tragically in 2015 and in the images of a packed St Andrew’s church at the service to commemorate his life. “Pavel is a Geordie”, they would sing, so quick to welcome and cherish those who wore the Newcastle shirt with pride and passion.

The obsession with the team is seen in the local Chronicle making a video feverishly entitled “a closer look at the new paintwork at St James’ Park”. It is there in The Back Page in the shadow of the Gallowgate, this endless celebration of the Geordie nation, in the Barry Venison match-worn shirt from the 1993-94 season, in the Alan Shearer match-worn shirt from 2005-06 (£995), in Kevin Keegan’s personal jumper (signed) and in the 1974 FA Cup final programmes for sale (Liverpool v Newcastle). It is the type of shop that Ashley probably cannot understand, because it is all about love of a team, not just about the love of ringing tills.

It is there in the keenly-followed online fanzine The Mag and in campaigners like the Magpie Group, raging against Ashley for furloughing staff, another billionaire owner raiding the government’s Coronavirus Job Retention Scheme. John W Henry at Liverpool realised his ethical and reputational mistake over furloughing. Daniel Levy at Tottenham Hotspur recanted. But Ashley? Nobody held their breath. Ashley even kept his Sports Direct stores open, meaning staff had to report for duty, even after the government ordered the lockdown, until he was forced into a humiliating climbdown. 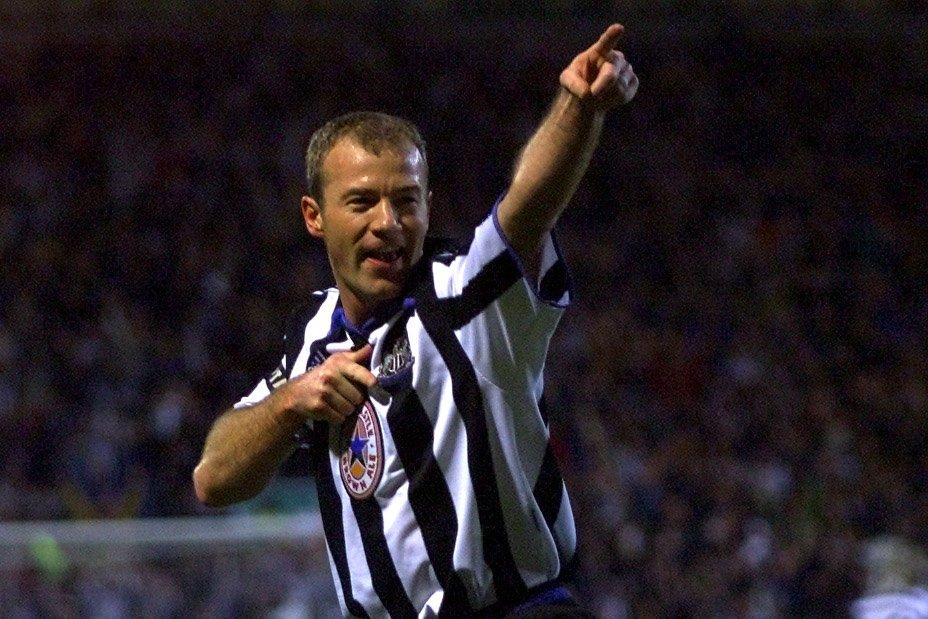 Newcastle are proud of their heroes, like Shearer, the Premier League’s record goalscorer

Everything that Ashley stands for in the public perception, cash and coldness, contrasts with traits the fans espouse. Maybe Ashley just saw that famous black-and-white-striped shirt as one big barcode. The proposed takeover will feel like a liberation.

The club’s soul remains in the Newcastle United Foundation staff taking PE sessions to children of key workers at five schools in Wallsend and Whitley Bay, delivering food supplies to disadvantaged children and working with the NHS on mental health initiatives. They care. They represent the true Newcastle United essence, not the passing Ashley strategy.

The spirit is there in the pictures of fans in the players’ tunnel and the sign proclaiming the ancient cry of “Howay the lads”. It’s there in the photo on the wall of the Milburn stand of Philippe Albert, who so memorably strolled into space against Manchester United in 1996 before effortlessly chipping Peter Schmeichel. And afterwards Eric Cantona walking past Keegan, and saying to the Newcastle manager “f***ing good team you have here”. All on a remarkable sun-dappled Sunday afternoon resulting in a best-selling video inevitably called “Howay 5-Oh”.

And that is the essence of Newcastle, attacking, entertaining. David Ginola. Shearer. Albert. And that is what the new owners, whenever they do arrive, have to do to restore the faith. Be open. Don’t allow careless or cynical comments leading to hysterical headlines about Kylian Mbappé signing. Play it straight. Basically look at what Ashley has done and do the opposite.

First of all, re-open lines of communication with fans, especially explaining motives. Newcastle supporters will simply be delighted that Ashley has gone and that they have their club back, but they will also have legitimate questions to ask of what it entails for their club being inextricably associated with Saudi Arabia. Is it simply sportswashing? Last year’s Amnesty International report into Saudi Arabia makes deeply unsettling reading, with talk of repression and torture. And how long will Amanda Staveley keep her stake before selling? These people are not Newcastle fans, they are investors for financial or reputational reasons.

These are significant concerns, ones that the Premier League is too money-fixated to care about, but the moral guardians of a great institution, the Newcastle United fans, should contemplate. Newcastle’s soul will be restored but with a few caveats.

From despair to where? Ashley’s 13 years owning Newcastle
May 2007 Ashley buys a 41.6 per cent stake, another 28 per cent in June and the rest in July

Sep 2008 Shortly after Kevin Keegan resigns, Ashley announces that the club is up for sale

May 2015 Ashley says he will sell the club, but only when they win a trophy or qualify for the Champions League

June 2015 Ashley steps down from the board of directors

May 2016 Newcastle relegated but promoted the following season

Oct 2017 Newcastle is put up for sale again