From Jenni Russell in THE TIMES, 5 September 2019 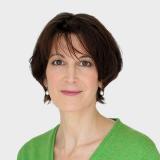 The country is being played on a grand scale by the men in Downing Street. Nothing is as it seems. Boris Johnson wanted and intended to lose his historic vote. The headlines declaring he has lost control are only half right.

Johnson and his chief strategist, Dominic Cummings, deliberately planned and engineered last night’s defeat, goading the Commons into opposing him; he was lying to his party, parliament and the country when he claimed that he was being pushed into calling an election.

An early election that he could deny seeking is exactly what he has been scheming to achieve ever since he took power. And although elements of this strategy went badly wrong this week it is just plausible that Johnson’s tactics of deception could give him victory still.

Five weeks ago Tory insiders explained to me how the prime minister was going to free himself from the prison of a one-vote majority, secure five years in power, outflank the Brexit Party at the polls and end up with enough MPs to let him do what he wanted with Brexit after that.

Everything that has happened since, from the revelation in a Scottish court that Johnson had secretly planned the proroguing of parliament as early as mid-August to the immediate attempt to hold an election, has borne out that this is indeed the plan. As the newly ousted rebel Sir Nicholas Soames says, “this was all completely set up”.

It was essential to Johnson’s scheme to win over Brexiteers that he should look like the reliable champion of no-deal. The tactic was to frame him as a leader imprisoned on two sides: by MPs on the one hand and an intransigent Europe on the other. For this to work he needed to push parliament into explicitly blocking no-deal, and for the EU to be painted as obstinate opponents of a new deal. Then he could claim to be fighting an unwanted but necessary election as the trustworthy, proven standard-bearer of Brexit. Two factors have thrown this strategy off course. The first is the scale and seriousness of the Conservative rebellion, with several former senior ministers and distinguished backbenchers among the 21 malcontents. These are people who embody what Johnson used to claim to be: moderate, one-nation, liberal Tories. They appeal to middle-ground Conservative voters who are repulsed by the Brexit Party elements. Nobody in No 10 expected that. The rebellion was meant to be tiny, and the threats of deselection were intended to be deterrents, not reality.

Johnson was genuinely trying to win over the prospective rebels at his meeting with them on Tuesday, MPs who were present tell me; they refused because they felt they were being played for fools, expected to believe in sham negotiations with the EU and given no detail. What Johnson claimed to be aiming for was, Soames told me, “unobtainable nonsense — scrapping the backstop and rewriting the whole bloody thing”.

The second unexpected obstacle is Jeremy Corbyn’s refusal to back an instant election for mid-October. Johnson and Cummings had calculated that he would be unable to resist the election he has long claimed to want. Instead Corbyn has seen that move as the tank trap it is, and is refusing to agree an election on Johnson’s terms. He won’t support one at least until the legislation that blocks no-deal has been passed.

On the face of it these changes leave Johnson marooned, with a majority gone, an election blocked, and his party looking incompetent, mean and dominated by its right wing. “The optics are terrible,” one Johnson insider tells me. Another former supporter is enraged by the brutality of the prime minister’s approach, which he fears will alienate an entire strand of Tory voters.

This is not how it’s seen in No 10 where, as one insider tells me, “emotions have been oscillating” but the view is that the strategy can still win through. The defenestration of moderate Tory rebels is regarded with personal regret but steely political indifference. The calculation is that voters in swing towns won’t know or care about the absence of Ken Clarke or Philip Hammond. The priority for Johnson is ensuring that the next batch of MPs will faithfully deliver what he promises. “If nice guy John is replaced by Jim, who is neither nice nor thoughtful, that’s sad but irrelevant — Jim will back the strategy.”

The No 10 team are even more bullish about their ability to secure an election within weeks. They are scheming to evade Corbyn’s block in ways they won’t spell out: “Various plans are in motion,” I’m told. The belief remains that the Labour leader won’t be able to resist the appeal of a general election for long.

From this moment on, Johnson and the Tories are going to batter the electorate with the message that they are defending democracy and championing the people against rebel MPs, beastly Europe and the elites. The pitch will be: give me the mandate to get the best deal possible, and trust me to deliver no-deal if I can’t.

This is an incredibly dangerous moment for those of us who detest what Johnson is doing in driving the country and the Tory party to the right. His appeal looks puzzlingly limited. He is only polling a third of the vote, well below Theresa May in 2017. Yet on current forecasts that will win him a decent majority, perhaps 25 to 30 seats, because the opposition to him is so split.

Unless the left and liberal parties can co-ordinate just as effectively on parliamentary and electoral strategy as they did in last night’s vote, Johnson could still be on track to get the victory he’s lying to achieve.