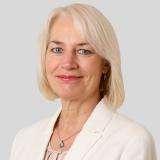 My cousin Bernard was a priest. He was close to my father and one of my nephews is named after him. He was charming and urbane, and I have no reason to suppose that he was either a closet homosexual or secret paedophile. Would I let him babysit my children? Today, no way. So many sex abuse scandals have been covered up by the Roman Catholic Church that the presumption has to be that no child is safe in the care of a priest.

Bernard died in his mid-seventies and blamed the job for making him ill. As new recruits dried up, old warhorses like him had to cover ever-larger parishes. The only answer, he believed, was for the church to accept women and married priests. He used to launch tirades against the Pope for standing in the way. Perhaps I could trust him with my children, but never a priest who preaches celibacy.

No amount of penitence from Pope Francis will persuade me the church is serious about ending its predatory culture until priests are allowed to marry and gay ones can be open about their sexuality. We’ve watched scandals ripple across the globe: nearly 20 years ago I reported on the horrendous scale of paedophilia in Boston, where thousands of youngsters were abused. The story was turned into the Oscar-winning film Spotlight.

Talk about a wake-up call. Yet some of these “ravenous wolves”, as Pope Francis called child abusers in the church, continue to parade in their scarlet silk cassocks and caps like Little Red Riding Hood. Last week it was publicly revealed that Cardinal George Pell, the former Vatican treasurer and most senior Catholic in Australia, had been found guilty in December of forcing one choirboy to perform oral sex on him and indecently assaulting another. He still hasn’t been defrocked, pending an appeal.

“We have the utmost respect for the Australian judicial authorities,” the Holy See press office said, spinning like a top to spare the church’s blushes. It is impossible not to conclude the church is still in denial. The guilty verdict was made public just days after a Vatican conference on child abuse at which the Pope heard men and women tell how they had been raped by priests.

Pell’s defence counsel argued at the trial, “Only a madman would attempt to rape two boys in the priests’ sacristy immediately after Sunday solemn mass.” In that case the church is riddled with madmen as well as bad men. For serial abusers, it was a favourite method of hiding in plain sight.
Andrew Sullivan, formerly of this parish, wrote in New York magazine two weeks ago about another wolf in cardinal’s robes, Theodore McCarrick, who had just been defrocked in America for sexually abusing an altar boy, among other offences. Sullivan attends mass at his old Washington cathedral.

“I naively thought someone in authority — say, the rector who gave homily — might finally address the intense betrayal and pain everyone in that parish was feeling. Instead, the homily was a pitch — I kid you not — for the cardinal’s appeal.”

Sullivan’s article addressed the sensational book by Frédéric Martel, In the Closet of the Vatican, about the “50 shades of gay” within its walls. “As a secular gay journalist, not hostile to the church, [Martel] walked into the Vatican and was simply staggered by its obvious gayness,” Sullivan wrote. “He sees the cruising all around him. He notices simple things that some might call innuendo, but any gay man will instantly recognise, like the fabulous interiors of the gay cardinals’ palaces, always with their ‘assistants’ or young ‘relative’ on hand.”

Martel uncovered a secret world of chem-sex parties, promiscuity and prostitution. “Welcome to Sodoma,” a priest told him on entering the Vatican. One insider claimed 80% of its population was gay; Martel settles for more than 50%, a figure backed up by scores of interviews. The Vatican, he concluded, “is one huge closet”.

Gay priests are not synonymous with child abusers. But as the Pope himself has said: “Behind rigidity, something always lies hidden; in many cases a double life.” Potential whistleblowers felt vulnerable to being outed as homosexuals — still an “objective disorder”, according to Catholic teaching.

The historian of the Reformation Sir Diarmaid MacCulloch tells me: “The trouble is that if you have a blanket ban on all sexual activity, you have no moral rules at all. A paedophile can see that space and enter it . . . You’d have to be a real hero to be a heterosexual entering the priesthood now.”

Martel believes the most conservative, anti-gay clerics often lead secretly gay double lives. But the most vocal conservative priests also blame liberal attitudes to homosexuality among priests for the child abuse scandal. The Pope is caught between the two factions, limiting his power to tackle the problem.

The answer, as my cousin Bernard knew full well, is to allow married priests. Only the Roman Catholic Church insists across the board on the celibacy of priests. It doesn’t work any more, if it ever did.

Bernard had a sister, Colette. She was a sweet nun who spent half her life in a closed order before becoming a teacher. In the past year the #MeToo movement has revealed priests’ sexual abuse of nuns, themselves no angels towards “fallen women”.

I wish I had the chance to ask them about the unfolding scandals. I don’t know if Colette would have been surprised. Bernard, not at all.