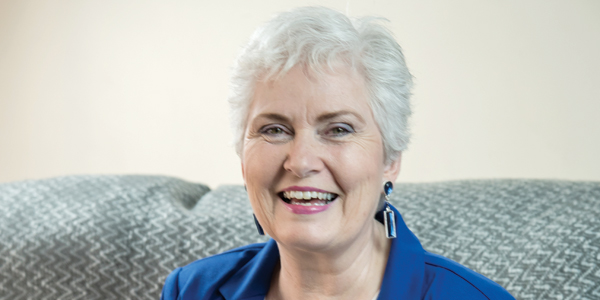 When I heard the news that Jill Dando, the presenter of Crimewatch, had been shot in the head on the doorstep of her Fulham home on 26 April 1999, I was playing with my baby daughter. The news gave me a jolt because Dando’s fiancé, consultant gynaecologist Alan Farthing, had looked after me through pregnancy. But for Michelle Diskin Bates the news bulletin that shook her most profoundly came just over a year later, on 25 May 2000.

“It was a beautiful day,” she remembers. She was at home in Ireland, and “I’d caught up on lots of housework. I was getting ready to go to a Bible study group, and I thought I’d just catch Gerry Ryan’s news programme before I set off. The newscaster said that someone had been arrested for the murder of Jill Dando, and I thought, ‘Oh good!’ Then he said that the suspect was called Barry Bulsara, and I froze. My brother, Barry, had told me this was the name he was using for his email. I thought, ‘No! This has to be a mistake. This couldn’t be our Barry.’”

But it was. A catalogue of trauma and devastation began that has cast a long shadow over nearly 20 years. Now Diskin Bates has published a book, Stand Against Injustice, which she hopes will give strength to others fighting wrongful convictions of loved ones. “There are so many others travelling the same road with no road signs,” she says. “I just want to help all those coming along behind us who won’t have the profile of Jill Dando to keep their cases in the news, and who need help working their way through the system.”

The moment George was named as a suspect, the family became the centre of a media storm – and, Diskin Bates says, “nothing could have prepared us for the horror of this”. Her mother, an “intensely private woman” who was also elderly and frail, stayed under siege in her house for 13 days, while journalists camped at her front door and neighbours passed bread, milk and cat food over her back garden fence.

But the main worry was George. Remanded to HMP Belmarsh, he was allowed only “closed” visits – in other words Diskin Bates could only see him through a clear plastic window and talk via an interconnecting phone. “It was as though Barry belonged to ‘the system’ now, and not to a family. We were obsolete, they were in control, and they would do with him as they pleased.” At one point the stress was so overwhelming that George developed “psychological blindness”: his optic nerve was working, but he could no longer see.

With her squarish face, Diskin Bates is recognisably George’s sister, but whereas she is handsome and gentle-looking, the same features, differently presented, give George, as Diskin Bates puts it, “an unhappy knack of always looking furtive and guilty, and an ability to attract attention to himself”.

A year on from the murder, the general public, the police and the legal system were desperate to send someone down. Although there was practically no non-circumstantial evidence – one microscopic speck of what may or may not have been firearms discharge residue in the pocket of his coat – to the media, this weird-looking loner seemed the perfect culprit. As Dando’s Crimewatch co-presenter Nick Ross was quoted as saying in The News of the World, “I always knew it was Barry George, or someone like him.”

But anyone close to George knew that he wasn’t what he seemed. As his older sister, Diskin Bates had known from childhood that he was not just epileptic but psychologically vulnerable. While he was awaiting trial he was diagnosed with a spectrum of disabling conditions including attention deficit disorder, Asperger’s syndrome, frontal lobe brain damage affecting his short-term memory, a learning difficulty and two personality disorders.

Throughout the trial, Diskin Bates sat just in front of the Dando family “… and oh how I longed to tell them how sorry I was for their pain”. The prosecution’s determination to nail George was formidable, but Diskin Bates knew that there was no evidence against him and, on the basis he was innocent until proved guilty, was sure justice would triumph. So when, on 2 July 2001, the jury pronounced George guilty it was “a life-shattering shock”.

“We’ll fight!” she mouthed across the court to her brother as he was taken down. And that is what she did, for the next eight years.

Taking on the British legal system was not just mentally and psychologically wearing for Diskin Bates, it also had practical implications. It meant leaving her late husband, Pat, and her teenage children in Ireland for long stretches – “I was constantly wondering, ‘How much more can they take?’” – and it entailed frequent flights to the UK that she could ill afford. She describes in her book how, more than once, funds ran so low that she had no money left for food. So how did she do it? To understand her strength one needs to know about her faith, which is, she says, “as much a part of me as my arms and legs”.

Born in 1955, Diskin Bates grew up in a high-rise block in White City, west London. She was baptised a Catholic. Her parents’ marriage was bitterly unhappy, and she got into the habit of visiting her local church, Our Lady of Fatima, to escape the misery at home. “I would go in alone, go right to the front, and pray that God would do something to make things better. I really felt the presence of God. I could feel him pouring in through my head and into my heart.” Still a small girl, she formed what was to become a lifelong habit of talking to God, and expecting an answer: “I think we should strive for that kind of relationship with God.” Throughout the long fight for justice for George, she says, God kept making it clear to her what she must do. “Leaving my children, for example, that was huge for me. If I hadn’t felt that God wanted me to do that I’d have been quite happy not to do it. But he was telling me, ‘Stand up for your brother, stand in front of your family, stand against injustice.’”

As an adult, Diskin Bates moved from the Catholic to the Baptist Church, and began for the first time to become really familiar with the Bible – “as Baptists, we use our Bibles all the time. The biggest difference I found from being a Catholic to being a Baptist was the use of the Bible.” So, as well as a strong personal relationship with God, she also has a mind well stocked with passages from the Old and New Testaments, and especially from the Psalms. Again and again in Stand Against Injustice she describes how she found comfort from them in moments of strain:

Do not turn me over to the desires of my foes,
for false witnesses rise up against me,
spouting malicious accusations.
NIV Psalms 27: 12

Trust in the Lord with all your heart, and lean not on your own understanding.
NIV Proverbs 3:5

Be strong and courageous. Do not be afraid or terrified because of them, for the Lord your God goes with you; he will never leave nor forsake you.
NIV Deuteronomy 31:6

During George’s trial, when Diskin Bates discovered her phone was being tapped, she took to speaking to her family in Bible verses, baffling the media. Can she imagine how she would have got through without faith? “No. If you haven’t got someone bigger to go to, I don’t know how you get through.”

Above all, perhaps, faith has enabled Diskin Bates to come through “this huge trauma” without bitterness. Her book is free of self-pity or hatred: “I really had to work on this. God gives you the grace to forgive, but sometimes you have to ask for that grace every day.”

In the summer of 2007, George’s conviction was judged unsafe by the Court of Appeal, and a retrial began on 14 December. William Clegg QC reminded the jury that three women from Hammersmith and Fulham Action on Disability had given evidence that George arrived in their offices between 11.50 a.m. and midday on the day of the murder, making it impossible for him to have shot Dando.

There were still those who would have liked to see George remain in prison, almost regardless of whether he was guilty. As the late Lord Denning once wrote: “It is better that some innocent men remain in jail than that the integrity of the English judicial system be impugned.” But this time it was plain that the evidence was too thin, and on 1 August 2008 he was acquitted. He had spent nearly a decade as a Category A prisoner, almost entirely in a single cell, locked up for 23 hours a day. He left HMP Whitemoor with the standard release allowance of £47.

Diskin Bates at last has her life back. Widowed while George was in prison, she is now happily remarried and a grandmother. She longs to see Dando’s killer brought to justice. There are, she believes, hundreds of leads the police have never followed up. George, meanwhile, lives in Ireland. He has never had a penny in compensation. Unable to work, he spends his days “wandering around”.

“From the time he gets up to when he goes to bed,” says Diskin Bates’ husband, Peter, “he’s thinking about the case, and how he can prove beyond any doubt that he’s innocent.”

Stand Against Injustice is published by Malcolm Down Publishing at £9.99 (Tablet bookshop price, £9)