No, homosexuality is not a risk factor for the sexual abuse of children

Many people believe that homosexuality is the root cause of sexual abuse by clergy in the Catholic Church since about 80 percent of the known victims have been male. This has led some church leaders to suggest that banning homosexual men from the priesthood could prevent future victimization of children in the church. While it may be understandable that some believe this, it is simply not true. You really have to know something about the psychopathology of sex offenders and pedophiles to understand this issue more clearly.

No one would suggest banning heterosexual men from the priesthood if the majority of clergy abuse victims were young girls. That would seem absurd. This is because many see heterosexuality as normal and controllable while believing that homosexuality is abnormal, dysfunctional and a psychiatric illness. As such, it is often falsely believed that men with homosexual orientations cannot be trusted around male children and that their sexual impulse control is poor. But the research data on this topic makes clear that sexual orientation alone is not a risk factor for pedophilia or for committing sexual crimes against children or teens or anyone. Sexual orientation by itself is irrelevant to child sexual abuse behavior or risks.

So why are so many of the clergy sexual abuse victims male? A study from the John Jay College of Criminal Justice in 2011 informs us that most of the clergy sexual offenders were “situational generalists” or men who simply abused victims to whom they had access and with whom they had the opportunity to develop trust. In the Catholic Church, these individuals tended to be boys. If Father wanted to have private time with an altar boy or perhaps take a boy off on a camping trip or to a baseball game back in the 20th century, no one would have thought much of it. Boys were trusted with priests. But most of the clergy sex offenders during the last half of the 20th century, according to the John Jay Report, viewed themselves as more likely to be heterosexual than as homosexual.

The psychopathology of pedophiles suggests that the risk factors for this psychiatric illness include impulse control problems, brain injury, poor peer relationships, antisocial personality, a lack of nonsexual intimate connections with others, alcohol and substance abuse, and a history of sexual victimization. Sexual orientation is not a risk factor at all. Furthermore, there are many different kinds of sex offenders who often have multiple pathways to victimization and different targets of their predatory desires. For example, some prefer to target young children while others target teens. Some ideally prefer to have adult peer sexual partners, but due to their inability to negotiate mature adult intimate relationships, select minors as a substitute, especially when under significant stress. And some, like most clerical sex offenders in the church, select those with whom they have access and trust.

The behavior and psychopathology of sex offenders is complex, but there is a large amount of quality research to help us better understand their behavior, with established best practices for evaluating and treating them for their dysfunction. Best practices are also available for child protection by better managing the environment where children are involved with adults—within church activities as well as in schools, youth sports, music and theater programs, and other extracurricular youth activities. Being aware and thoughtful about this well-established research and these recommended best practices in child protection will help keep children safe.

Inappropriately blaming or victimizing homosexual men, within or outside of the church, does not keep children safe or solve clergy sexual abuse problems. Regardless of sexual orientation or the vows of priestly celibacy or even marital vows, only a small percentage of people seek sexual activity with children and teens, and the vast majority of them are heterosexual, married and noncelibate laypersons who tend to exploit members of their own family. The false and distracting focus on homosexuality is not relevant to keeping children safe within the Catholic Church. 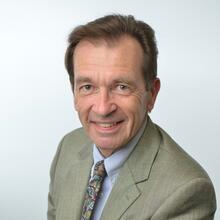 Thomas G. PlanteThomas G. Plante is the Augustin Cardinal Bea, S.J., University Professor and professor of psychology at Santa Clara University and an adjunct clinical professor of psychiatry at Stanford University School of Medicine. He has worked clinically and academically in the area of clerical sexual abuse for 30 years and wrote for America about the 2004 study from the John Jay College of Criminal Justice on sexual abuse by members of the Catholic clergy.