A plastic tax would slow the tide of poison 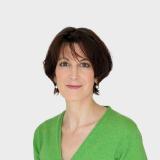 For millennia mankind has been using the sea as a giant trash bin. We could get away with that as long as what we threw out were the natural products of the earth. But in the past few decades that has radically changed. We have been filling the oceans with an accelerating quantity of plastic, a substance that doesn’t disappear but only splits up, with lethal consequences for sea life. Unless we start taking radical action our oceans are going to become a thin plastic soup, and the damage will be irreversible.

Already around a hundred thousand whales, dolphins and seals a year are being killed by swallowing plastic under the illusion that it’s food. Occasionally the dying creatures wash up on our beaches. We are inflicting casual torture on a grand scale. Seabirds suffocate on plastic bags; sea turtles, cut open, have a stomachful of indigestible microplastics, the tiny pieces into which plastic breaks down. In 2016 more than a quarter of fish sold in California and Indonesia had plastic in their guts. In that year the UN warned that this pollution was one of the world’s biggest environmental problems, threatening human life as well as marine ecosystems.

The plastic disaster has been so rapid, recent and hard to quantify that most of us are only just becoming aware of its scale. It wasn’t until 2015 that research published in the journal Science calculated how much plastic was entering the sea annually; dumped, blown, or carried by rivers. The answer is eight million tonnes: five plastic bags of trash for every foot of coastline in the world. The ocean already has around 150 million tonnes of plastic in it; by 2025 it will be 250 million. By 2050, on this trajectory, there will be more plastic in the oceans, by weight, than fish.

The scale of the problem is staggering. Plastic consumption has exploded from 2 kg per person in 1974 to 43 kg now. Half of all plastic ever made has been produced in the past 13 years and production is accelerating. The World Economic Forum says plastics manufacturers are planning to increase production by almost a third within five years. It is convenient and cheap. It is also lethally long-lasting, produced largely without care for the consequences, and rarely reused.

Last year the journal Science Advances published the first analysis of plastic production, by the University of California. Its figures are devastating. Of the 8.3 billion tonnes ever made, 6.3 billion has become waste. Only 9 per cent of that has been recycled, and 12 per cent burnt; 79 per cent is in landfill or in the environment as litter, where it risks ending up in the sea. The paradox is that this long-lived material is overwhelmingly used for very short-term purposes. Unlike steel, which has a useful life of decades, half of all plastic is waste within a year.

We need fast, practical solutions to this unfolding disaster, and they must be twofold: dealing with what’s already in the sea, and halting the endless flow of rubbish into it. Both are vital. One scientist uses the analogy of an overflowing bath; you must prevent the flood from bringing down the ceiling, but that’s pointless unless you also turn off the tap.

This month a bold 23-year-old wunderkind, Boyan Slat, is trialling an ocean clean-up system outside San Francisco Bay. He has raised $30 million to make floating V-shaped screens to catch sea plastic. If it works he intends to take 60 screens to the man-made monstrosity known as the Great Pacific garbage patch, a vast area of seaborne trash that is twice the size of France and still growing. Slat believes that within five years, given funding, he could remove half the waste.

This is critical because ocean scientists describe the rubbish as a ticking time bomb. Slat’s detailed surveys estimate that over three quarters of this waste is in pieces larger than 5cm. It is when it disintegrates into microplastics that it becomes most perilous. He is racing to trap it first.

The other part of the equation is prevention. A report by Ocean Conservancy in 2015 showed that more than half the plastic pollution in the sea came from five countries: China, India, the Philippines, Thailand and Vietnam. In these countries waste collection is either inadequate or nonexistent, averaging 40 per cent, so rubbish swirls down streams and rivers unchecked. Wastepickers spend their lives rooting for the few high-value items — thick bottles — that are worth recycling, but the vast majority of what is produced — sachets, distributed in their millions by companies such as Unilever and Nestlé; wrappings and plastic bags — is valueless and ignored.

The enraging aspect of this unfolding catastrophe is that it is not intrinsically difficult to solve. As Ted Siegler, a Vermont economist who has spent two decades advising nations on waste disposal says, we know how to pick up rubbish, dispose of it, recycle. All that’s needed are institutions, incentives and funds. What we cannot afford to do is shrug off the responsibility for this international problem on to countries that, while creating much of the plastic waste, haven’t the resources or inclination to deal with it.

Siegler proposes a simple solution: a penny tax on every pound of plastic produced, to go into a global fund. That would raise $6 billion a year, enough to meet the estimated costs of collection systems. We also need personal vigilance and pressure on politicians and manufacturers everywhere to take action on this crazy, careless poisoning of our world — less plastic, more responsibility. They will only act if there are rewards for doing so, and penalties for inertia. Let them hear us roar.