Will the next prime minister have democratic legitimacy, and why it matters

‘And so help us God. For with Boris in charge, we will need it.’ 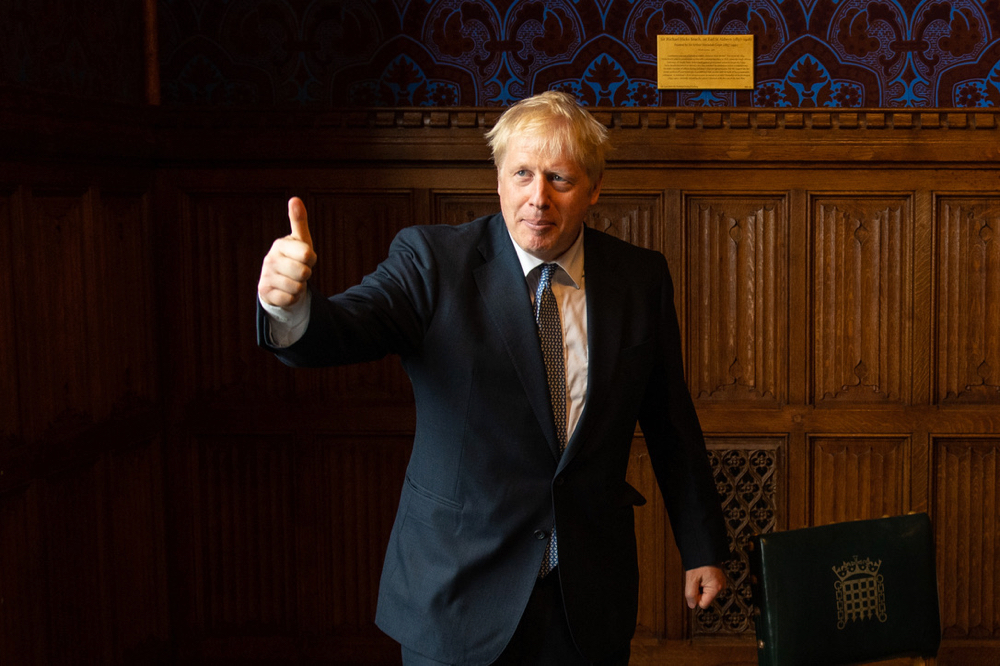 The second most alarming thing about the state of British politics is the current wholesale retreat from the first principles of democracy. It is tied into the Brexit business but may have other causes too. The most alarming thing of all is that nobody seems to care. The antidemocratic tone of the Brexit debate is unmistakable. Yet people are treating it as honouring the democratic process, instead of the opposite.

Take the obvious point first. The frontrunner for the Tory leadership, Boris (“Al”) Johnson, has declared he will stop at nothing to bring about Britain’s departure from the European Union. That is a thinly veiled threat to circumvent Parliament by leaving without a deal, even if a majority in the House of Commons is against it. Suspending Parliamentary sittings or finding some other device to override Parliamentary opinion is “perfectly feasible”, he has said. One of his key supporters, Liz Truss, backs this up with the remark that leaving the EU, including when and how, is a matter for the executive not the legislature.

The executive’s only democratic mandate, however, stems from the 2017 Conservative manifesto, which promised a “smooth and orderly” exit. “Smooth and orderly” is not compatible with leaving without a deal, nor is it consistent with the manifesto promise to ensure a frictionless border between the Republic of Ireland and the North.

But the anti-democratic trend of the leadership contest has many more strands to it. For instance both candidates are conducting what amounts to a mini-general election campaign, with policy proposals for a new government, led by them, left, right and centre. They are making pledges for public spending which would together cost a minimum of around £30 billion, possibly twice that. But these are not being put to the electorate in general; they are offered for approval only to those who belong to the Conservative Party, said to number 160,000 and to include a significant number of ex-UKIP members who have joined just for this one purpose. Needless to say, none of this was in the 2017 manifesto on which Jeremy Hunt and Boris Johnson stood for election in their constituencies.

What is worse is that this Tory leadership election is not just about the leadership of the party, but of the whole country. It is presumed that the person elected will have democratic legitimacy. Yet he will not, and this lack of a proper mandate applies to all the policy proposals emanating from the leadership contest. The Conservatives do not have an overall majority, and they only have the guaranteed support from the Democratic Unionist Party – enough to give them control of a hung Parliament – on a “confidence and supply” basis. That means the DUP is committed to vote to prevent the Government being defeated on a motion of no confidence, or a motion to raise funds for government purposes through taxes. Democratically, therefore, all these leadership campaign policy proposals are valueless. They are at most material for the next Tory general election manifesto.

No less undemocratic is the repeated call for Conservative MPs or members to do this or that, because the alternative would be “to hand the keys of 10 Downing Street to Jeremy Corbyn”. That is an explicit admission that the basis of the Government’s authority, whatever it may be, is not “the consent of the governed”. Under a democratic system the keys to 10 Downing Street belong to the people, which is entitled to say to whom it wishes them to be handed. And if that is Mr Corbyn, a democrat would say, then so be it.

The same applies to the opposition to a second referendum. The 2016 vote, now more than three years ago, cannot be regarded as definitive for ever, for if that is the case, why shouldn’t the 1975 referendum be equally binding? It is perfectly democratic therefore to consult the people once more. As no less a leading Brexiteer than David Davis said in 2012: “If a democracy cannot change its mind, it ceases to be a democracy.”

Ignoring the fundamental principle of parliamentary democracy that no Parliament can bind its successors, politicians promised in 2016 that the vote that year would be decisive, irreversible, and binding. But they were just words – politicians’ promises. They also promised to give £350 million extra for the NHS, and predicted that negotiating Britain’s departure from the EU would be simple and easy.

The reason supporters of Brexit oppose a second referendum is the fairly transparent one – that they fear they will lose it. It is equally true that opponents of Brexit advocate one because they think they will win, and indeed, public opinion polls suggest they may be right. The fact is that the British political class in general has elevated the 2016 result into an almost metaphysical event: a deep mystical expression of some eternal truth about the British soul that it would be a sacrilege not to honour, the negation of democracy itself. Yet it is never explained why another referendum would not have equal status, and if it cancelled the previous one, so what?

If the new leader of the Conservative Party is at all worried that the democratic deficit of his position is a serious matter, he has one easy solution – to call a general election. I have a strong suspicion that if the next election were to be Jeremy Corbyn versus Boris Johnson, Boris would win it. And we would have retreated back from the edge of tyranny, back on the straight and narrow of Abraham Lincoln’s “government of the people, by the people, for the people.”

And so help us God. For with Boris in charge, we will need it.

Holy Mass is live-streamed every day at 10am.